So it begins!! Today is the start of Twin Cities Film Fest’s 10th Anniversary… the first of eleven-day film festivities descends upon Kerasotes ShowPlace ICON Theatres at The Shops at West End.

Thankfully our opening night happens to be on a lovely Autumn evening, the sun hasn’t set yet and I had a few minutes before the first film I’m seeing (JoJo Rabbit – review to come) to actually check out the TCFF Lounge, which for its 10th anniversary has been converted into TCFF Wonderpark thanks to our awesome sponsor Can Can Wonderland. 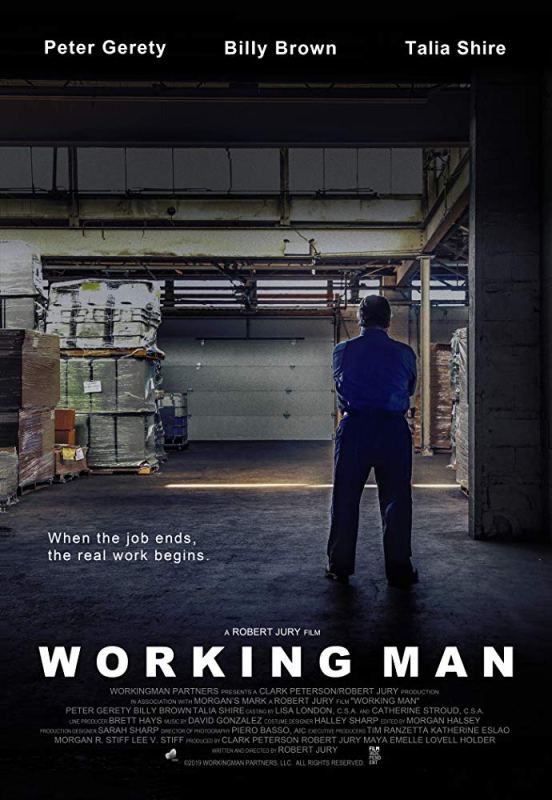 Making his directorial debut with Working Man is Robert Jury, who is also the movie’s writer. The story is quite simple; after years and years of working at the same job for most of his life, the main character Allery Parkes (Peter Gerety) and his entire small factory in a nameless Midwestern town are told that the factory is closing and they are losing their jobs. Allery goes home to his wife Lola (Talia Shire) but doesn’t tell her the news, but rather he gets up the next morning and goes to work, sneaking into the now closed factory. Soon Lola finds out what he’s been doing and seeks the help of a local pastor. Allery isn’t interested in listening to him, but rather he continues to go back to the closed factory, just to clean as all the power has been shut off. When he’s discovered by a former manager, he is brought home by the local police department and told not to go back there again. But some of his formed co-workers have already noticed his movements, and former co-worker Walter (Billy Brown) decides to help Allery by driving him back to the closed factory and letting him in with his spare key that everyone forgot was in his possession.

There is more to both Allery and Lola’s story, including the devastating loss of a son, and Allery’s desire to work way past the point of when he should have retired. There is also more to Walter’s story, including his past relationships, substance abuse and his willingness (of lack thereof) to tell the truth. All this is played out in Working Man, including an attempt of the former factory workers to retake their jobs and reopen the factory. The movie ends on a happy note, but maybe not the kind of happy that audiences might have expected at the start.

Overall, this is a successful first attempt at directing by Robert Jury, and features some great acting by the pair of Peter Gerety and Talia Shire. For me, the real star of the movie is Billy Brown and his portrayal of a broken man (both physically and mentally) who has to come to terms with the ramifications of his actions and inactions. Jury builds tension in his script, as the factory workers seem to have a leg up on the corporation that has closed down their small factory, only to learn that its all for nothing and they’ve been misled. This is a story that can resonate with in the real world of industrial labor, factory shutdowns and job losses, but it’s the mental issues that each character has to deal with that perhaps resonate even deeper with the average person. Almost everyone goes through loss of a loved one, or sees their loved one go through hard times and turn to drugs and/or alcohol to soothe their pains. It’s what people do next and how they bounce back – this is the real story of Allery Parkes, the Working Man.

Stay tuned for my review of JOJO RABBIT… and

Check out what’s in store for DAY TWO! 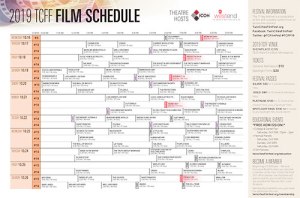